It may seem unlikely, but a small and growing body of evidence suggests that regular meditation can indeed slow ageing, at least at a cellular level

Do people who meditate age more slowly? It seems unlikely on the face of it. How could sitting immobile with one’s eyes closed, perhaps focusing on the breath, possibly keep the Grim Reaper at bay? That said, the Buddha – surely the archetypal meditator – is reputed to have lived to 80, which must have been an exceptionally ripe old age in 5th century BCE India. And according to Buddhist scriptures, even after 80 years in this realm of existence, in the end it wasn’t old age that finished him off but food poisoning.

Two and a half millennia later there is a small but growing body of evidence thatregular meditation really can slow ageing – at least at the cellular level. A commonly used proxy for cellular ageing is the length of telomeres, the DNA and protein caps that protect the ends of each chromosome during cell division. These shorten slightly every time the chromosome replicates, until eventually the cell can no longer divide, becoming senescent or undergoing “apoptosis” – the cellular equivalent of suicide. Having shorter telomeres in your cells is associated with the onset of many age-related diseases, including hypertension, cardiovascular disease, type 2 diabetes and dementia. Several lifestyle factors have been found to accelerate telomere shortening, such as poor diet, lack of sleep, smoking, drinking and a sedentary lifestyle. 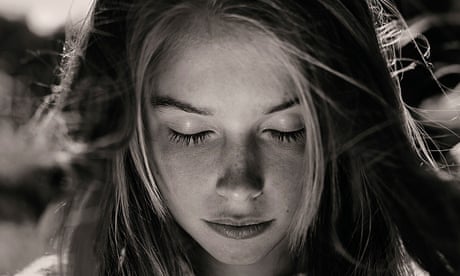 Mindfulness study to track effect of meditation on 7,000 teenagers

Chronic stress is also known to accelerate the shortening of telomeres. A study published last month found that long-term meditators had a reduced inflammatory and stress response to psychological and chemical stressors in the lab compared with a control group. By countering the effects of stress, could meditation also indirectly slow cellular ageing? An older study found increased telomere length in the immune cells of people after they took part in an intensive meditation retreat. Another revealed increased activity of an enzyme called telomerase, which rebuilds telomeres, after a similar retreat.

Now a study by Spanish researchers suggests that highly experienced Zen meditators have longer telomeres on average than people of a similar age and lifestyle. The research also hints that the psychological factors underpinning this beneficial effect were that the meditators had a more compassionate, accepting outlook on life.

Scientists at the University of Zaragoza compared 20 people who had been practising Zen meditation for an hour or more a day for at least 10 years with 20 people who had never meditated, matched for age, sex and lifestyle factors such as diet, smoking, drinking and exercise. All of them were subjected to a battery of psychological tests and gave blood samples so that the length of telomeres in their immune cells could be measured.

When the researchers crunched the data they found that the meditators’ telomeres were significantly longer than those of the controls, by an average of 10%. They then used a statistical technique called regression analysis to get an idea which factors might be directly responsible for this apparent slowing of cellular ageing. Many psychological traits were associated with having longer telomeres, including greater mindfulness skills, life satisfaction and subjective happiness. But the statistical analysis suggested that only younger age, low “experiential avoidance” and high self-compassion were directly responsible for longer telomeres.

Experiential avoidance is the natural tendency to suppress painful memories, thoughts, emotions and sensations in an effort to gain temporary relief from psychological discomfort. In fact, this mental shying away seems to cause greater problems for us in the long-run. By contrast, mindfulness – both in its original Buddhist context and in modern therapeutic programmes for treating conditions such as chronic pain, depression and drug addiction – involves turning one’s attention towards unpleasant physical and mental experiences in a spirit of nonjudgmental acceptance. So it’s particularly interesting that the Spanish study found that experiential avoidance seemingly leads to faster shortening of telomeres.

So can we add meditation to the list of lifestyle changes, alongside giving up smoking, exercising more and drinking less, that can lead to a longer, healthier life? It’s worth bearing in mind that this study only measured cellular ageing. And it was a very small study, with only 40 participants in total, which limits the conclusions that can reliably be drawn. The meditators were also exceptionally experienced, having clocked up at least a decade of practice. Ideally, a future study should randomly assign a much larger number of people who have never meditated either to a meditation programme or an equivalent activity, such as relaxation training, and compare the effects on telomere length over a much shorter period – perhaps just a few months.

There’s cause for optimism, though, that even beginners can start protecting their telomeres from the ravages of time and cell division. A study published in 2013found that just 15 minutes’ meditation in novices had immediate effects on the expression of many genes, for example increasing the activity of the gene that makes telomerase and reducing the activity of genes involved in inflammatory and stress responses. It’s amazing what sitting still with your eyes closed and focusing on your breath can do for your cells.

James Kingsland is the author of Siddhartha’s Brain: Unlocking the Ancient Science of Englightenment, which will be published on 26 April in the US and 2 June in the UK