The pineal gland is the key organ that operates as our bodies own hyperdimensional stargate. The ancients of every culture used symbolism paying homage specifically to the pineal gland. While the physiological necessity and function of the pineal gland has been unknown until recent times, ancient mystical traditions and metaphysical practitioners have long known that this area in the middle of the brain to be the connecting link between various dimensional worlds – physical and spiritual.

Stargates permit passage between space-time locations in MULTIPLE Universes & density levels. This is more than just ‘time travel’ folks, its inter-dimensional travel. If you research “pineal stargate” a lot of the same information comes up:

“The Pineal Gland is a hyper dimensional Stargate built into our human physiology which enables us to Time Travel. This technology was reverse engineered by the ancient Atlantean society. The stargate functions by the use of ordinary water, H2O. When shielded off from all [interfering] electromagnetic[s]… The water can shift and have a connection made to an inverted reality of time/space… This is accomplished through tiny molecules within the pineal gland water called microclusters. These micro clusters are depicted in plutonic solid geometry shapes. The microclusters form a resonant gateway which allows transition into time/space.”

The pineal gland is aqueous, meaning it contains and is surrounded by biological fluid. The fluid is often described as water, but it contains biological information [DNA] which means it’s actually more like cerebrospinal fluid. This fluid contains piezoelectric calcite crystals. [Piezoelectric simply means that when the crystals are stressed or cause to vibrate they generate an electrical voltage that can be coupling]. Using Kundalini chakra energy [“Kundalini Activation” is the balancing of all of the chakra energy centers and bringing them into high vibratory resonance], and allowing it to vibrate from your root chakra up, will cause the pineal gland to vibrate. When the pineal gland vibrates the fluid it sits in will vibrate as well. This causes the calcite crystals to resonate, “stressing” the crystals and creating the piezoelectric voltage. Since this piezoelectro-magnetism has coupling properties this makes possible the connecting to any external electromagenetic field, including those of other dimensions, which can then gate us over.

The 8th Realm: Online Journal of My Conscious Mind 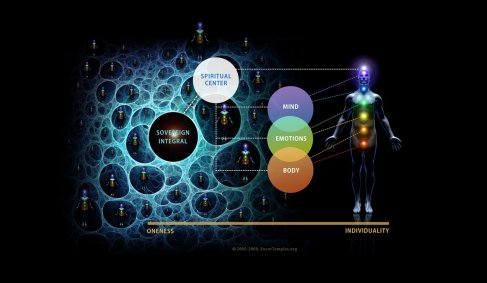